Until recently I had never heard of Shishito peppers. Apparently, I’m not the only one. We were given an abundance of them and I was trying to pass them on to friends. Their first response was, “I’ve never heard of those.” How can someone (like me) who loves peppers and all things spicy not know about these jewels?

Shishito peppers are native to eastern Asia. Used in Korean and Japanese dishes, they are a sweet pepper with a mild to medium heat and an occasional “knock your socks off” heat. Variations in heat grow together on the same plant making it difficult to know the heat level until you bite into it. When mixed together, as in this recipe, you end up with a blend of sweet, mild, and spicy goodness. 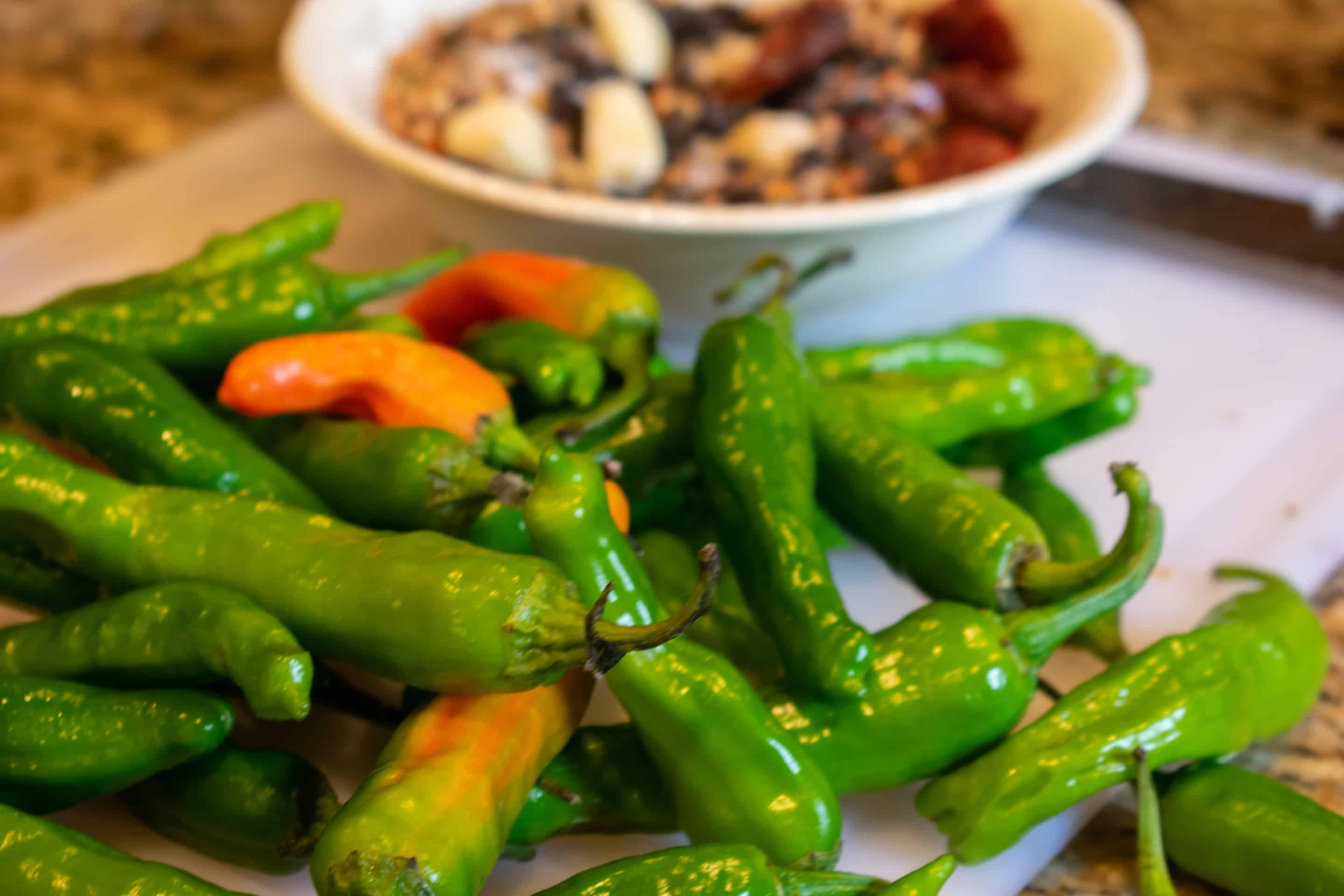 Wash and slice the peppers and onions and place in a large bowl. Set aside.

Pack the peppers into four 8 oz jars. Fill with the brine leaving one-inch headspace. Remove any air bubbles and wipe the top of the jars with a damp cloth. Place the lids on the jars and secure with a ring. 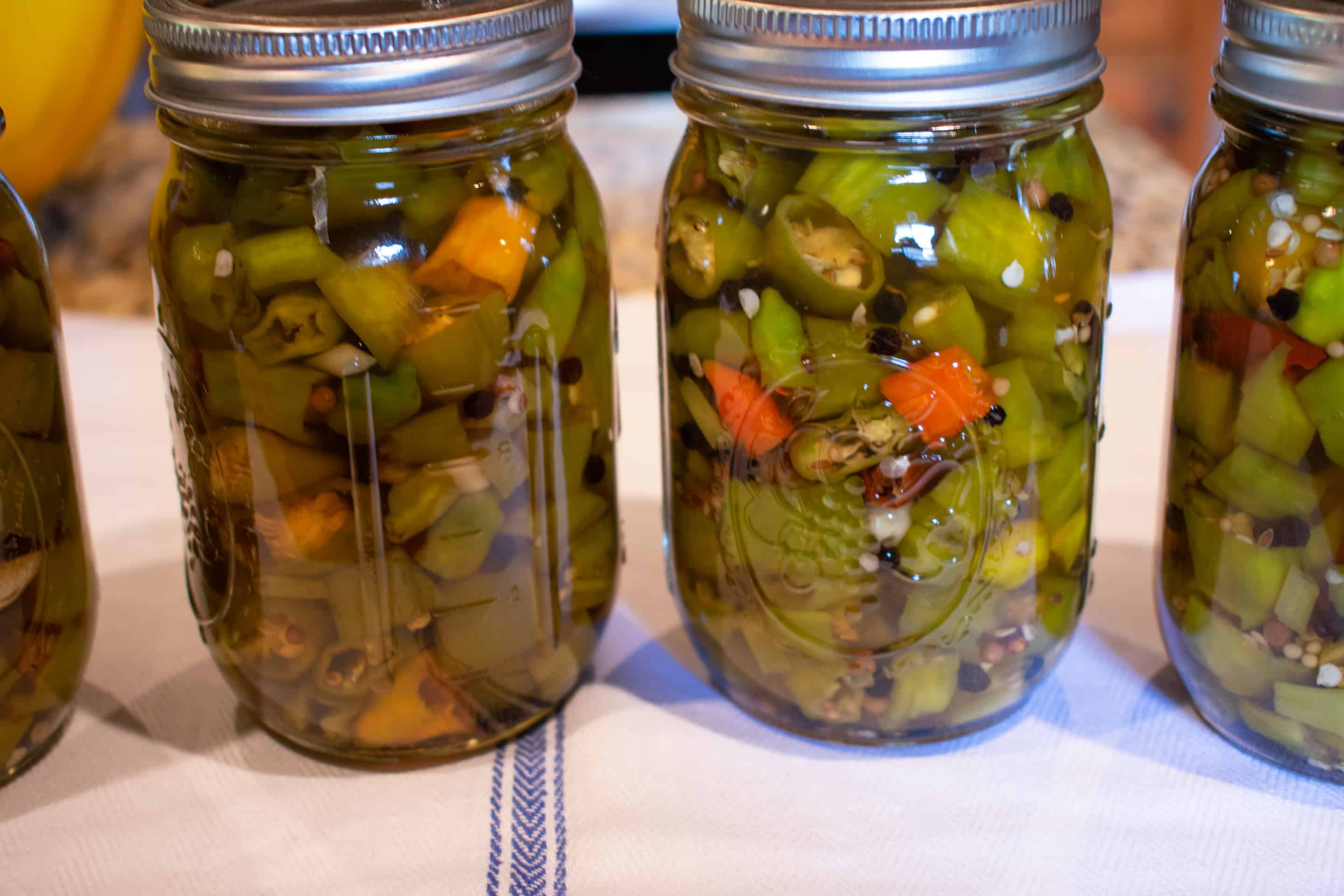 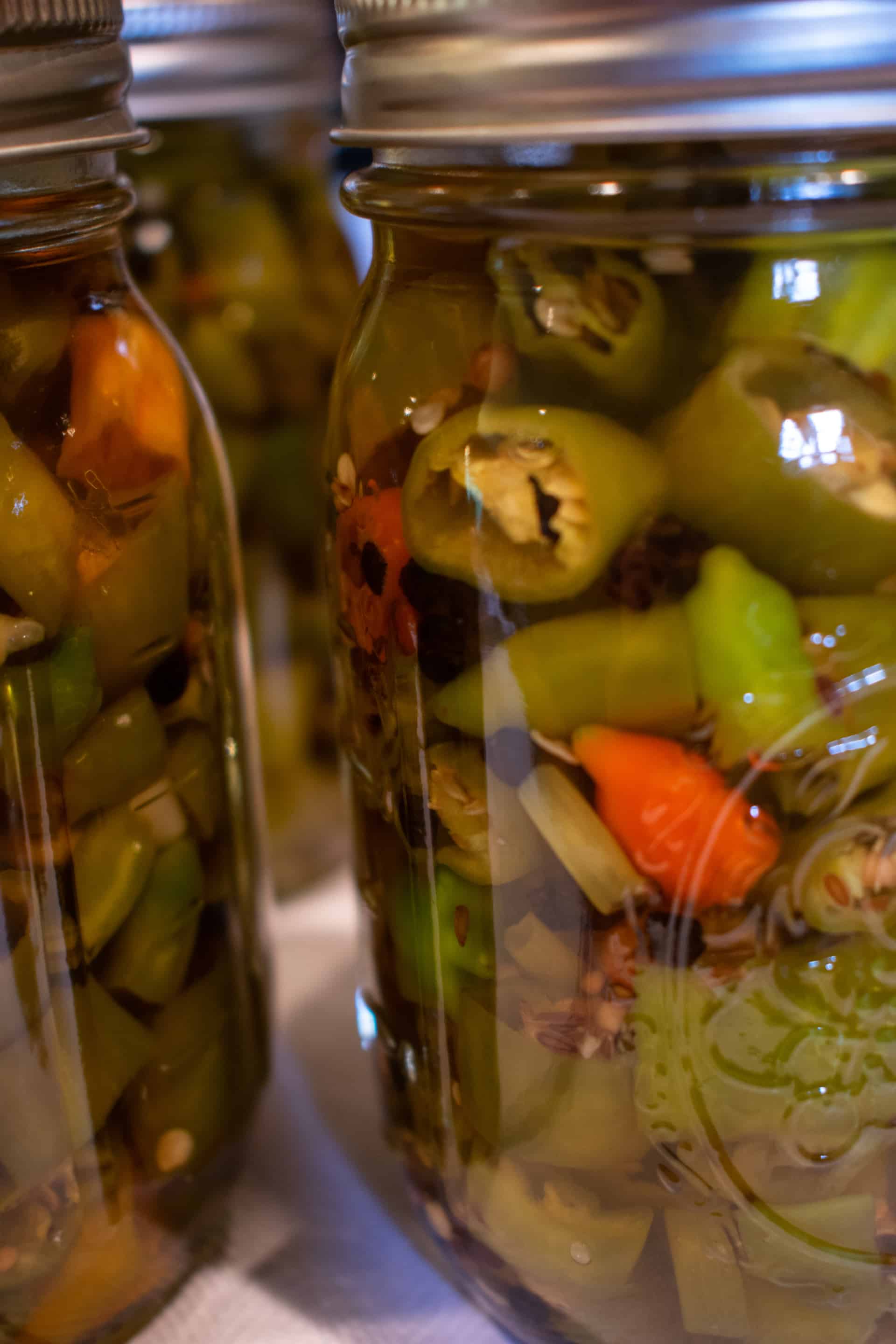 Process in a boiling water bath for 10 minutes. 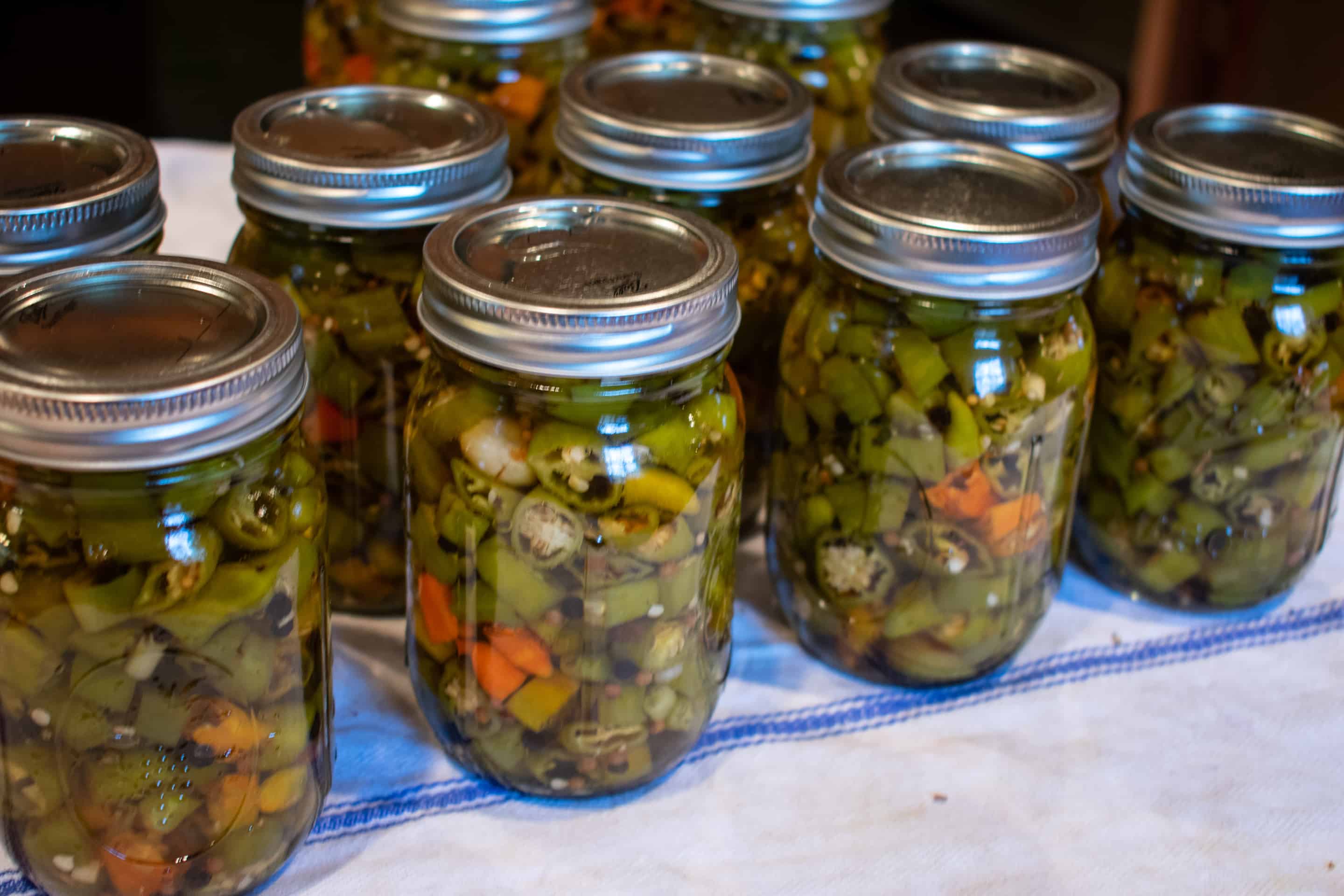 It’s a rule that the cook gets to keep out a few to nibble on, isn’t it? 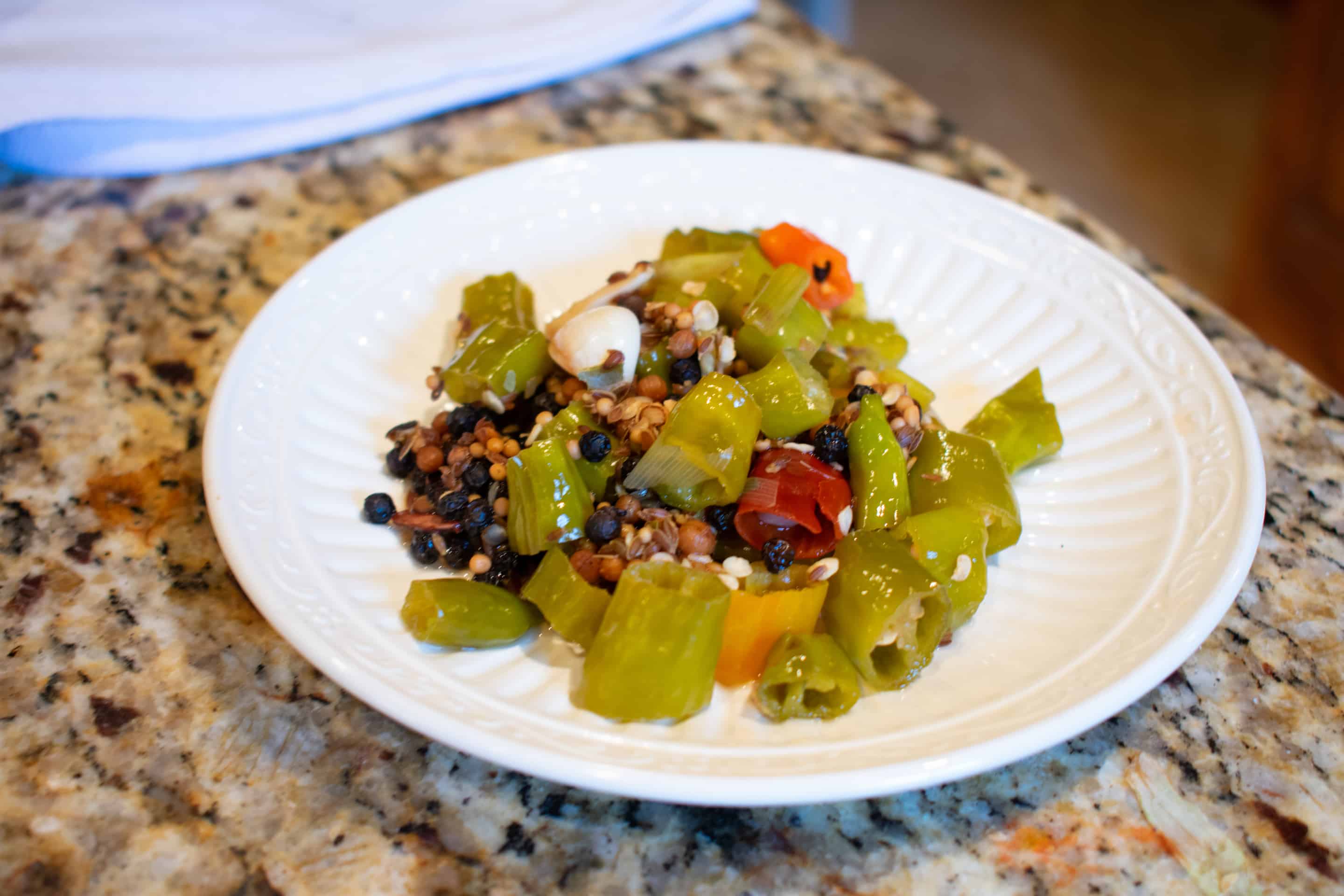 That’s what wouldn’t fit in the jars. Also, I used 6 pounds of peppers, so I canned in pint jars. This recipe increases easily.